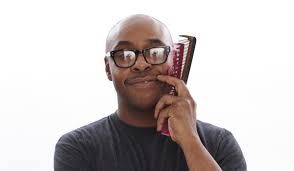 Chicago native Nelson Vercher started his career as a hairstylist at home-by experimenting on his four sisters. A major part of his work has been inspired by legendary architect Frank Lloyd Wright. As a young boy, Nelson was so amazed by his architecture, he would take the train from one side of town to another just to go look at his original homes in Oak Park, Chicago. Which is still a major part and inspiration in his work today.

An apprenticeship at Vidal Sassoon catapulted Nelson into the position of west coast instructor for the company's San Francisco location. He later moved to New York and worked at such esteemed salons as John Frieda, Oribe, eventually settling at his long time friend Rita Hazan salon. Where his station is always buzzing. Known for his sexy wash and wear cuts, Nelson's work has been featured in the pages of such magazines as,

As well as runway shows of such designers as,

His extensive celebrity clientele consists of,

"I love making a woman look beautiful with what I call modern, easy hair," says Nelson, "and if you want to style it on top of that, even better."